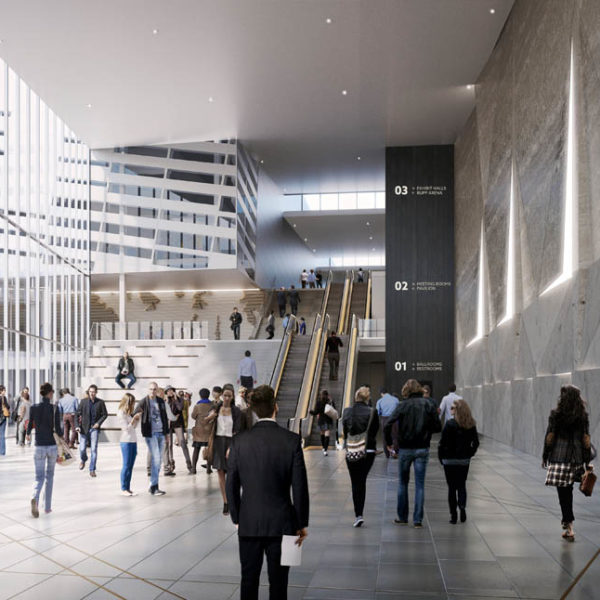 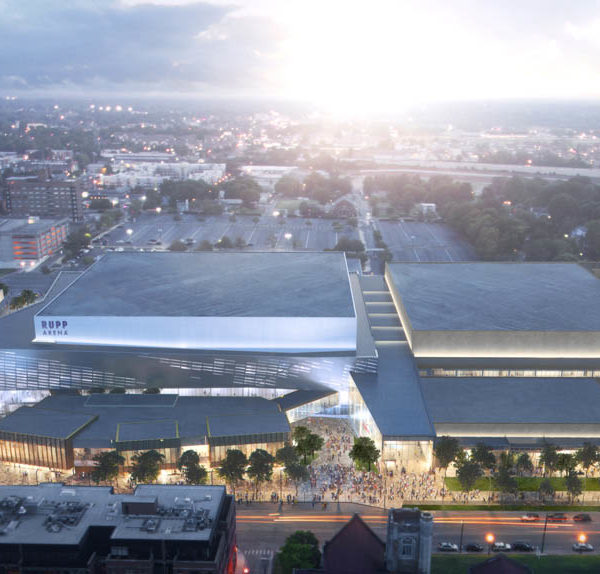 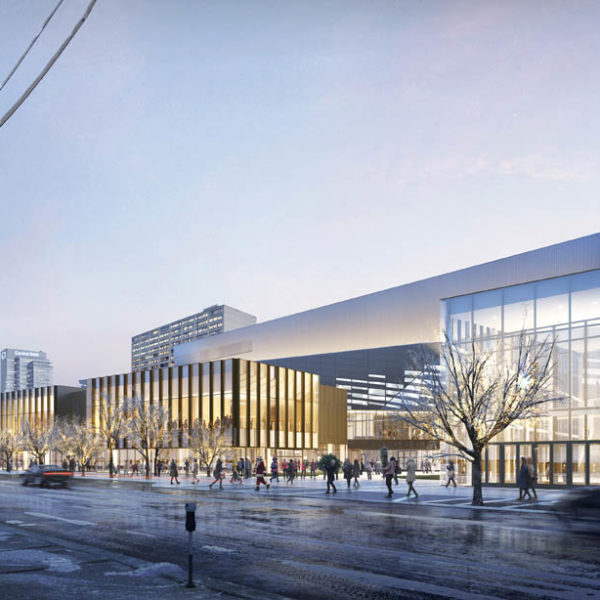 Rupp Arena is the biggest and perhaps most famous collegiate basketball arena in the USA.

But after almost 40 years of use, the arena’s design limits interaction with the public and is in need of a major reinvention. To transform Rupp into an inclusive arena that better connects to the city and features contemporary amenities that fans and players expect, NBBJ and our project partners will divide the building into two sections — the lower and upper levels — to create a facility that is inviting. In essence, the goal is to make Rupp a prototype for modern sports venues.

The lower levels will be re-clad in a highly-transparent glass skin reaching as high as 40 feet above the ground. A newly expanded main concourse will wrap around the bowl and have views to the city, while the fan experience in the bowl will be revealed with direct views from the concourse. Even passersby on High Street will be able to get a glimpse of what is happening on the inside

Most importantly, the new Rupp will preserve the authenticity of the current building and respect the traditions of University of Kentucky basketball from over the decades. Even though the bowl will be drastically upgraded with a new suite level, the two-tier system appearance from the original bowl will be preserved. The redesign will also keep the same number of seats as the original facility and the structural towers that defined the old Rupp will be rehabilitated as a wayfinding element.

The new Rupp Arena will be designed to create animated and stimulating urban spaces. Each side of the complex has different urban conditions that will require careful place-making approaches. The east side will have a large urban plaza that welcomes crowds. This area, combined with the new retail edge created around the Hyatt Hotel, will create a dense and lively experience. To the north and the west of Rupp, a gorge will be designed that connects downtown with a newly planned park. The gorge is part of a current city master plan to create a downtown pedestrian axis. Finally, the south side of the arena will become an urban edge that fosters the future development of downtown.